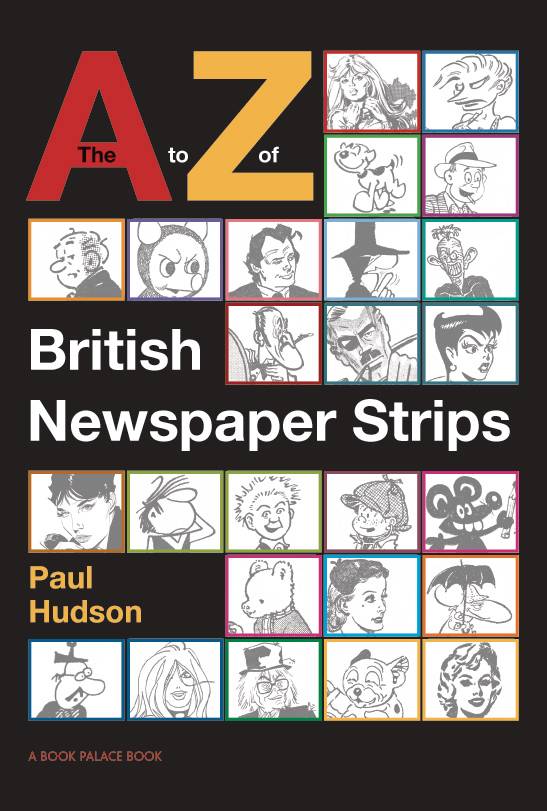 Title: A TO Z OF BRITISH NEWSPAPER STRIPS HC

Description: 2022: This extensive and comprehensive guide to the long and distinguished career of the British Newspaper Strip lists hundreds of newspaper strips printed in Britain over the last century. Written by Paul Hudson, former owner of the much-missed London comic shop Comic Showcase, this upcoming title is the product of more than two years of assiduous research and is a wonderful reference to a cherished part of British daily life and culture. The book has over 680 entries and features favorites such as Andy Capp, Axa, James Bond, Bristow, Flook, Fred Bassett, Garth, George and Lynne, Jeff Hawke, Modesty Blaise, The Perishers, Pip, Squeak and Wilfred, Rupert Bear, Tamara Drewe, and Varoomshka, plus many, many more! Each strip is credited with dates, creators and descriptions as well as sample illustrations.