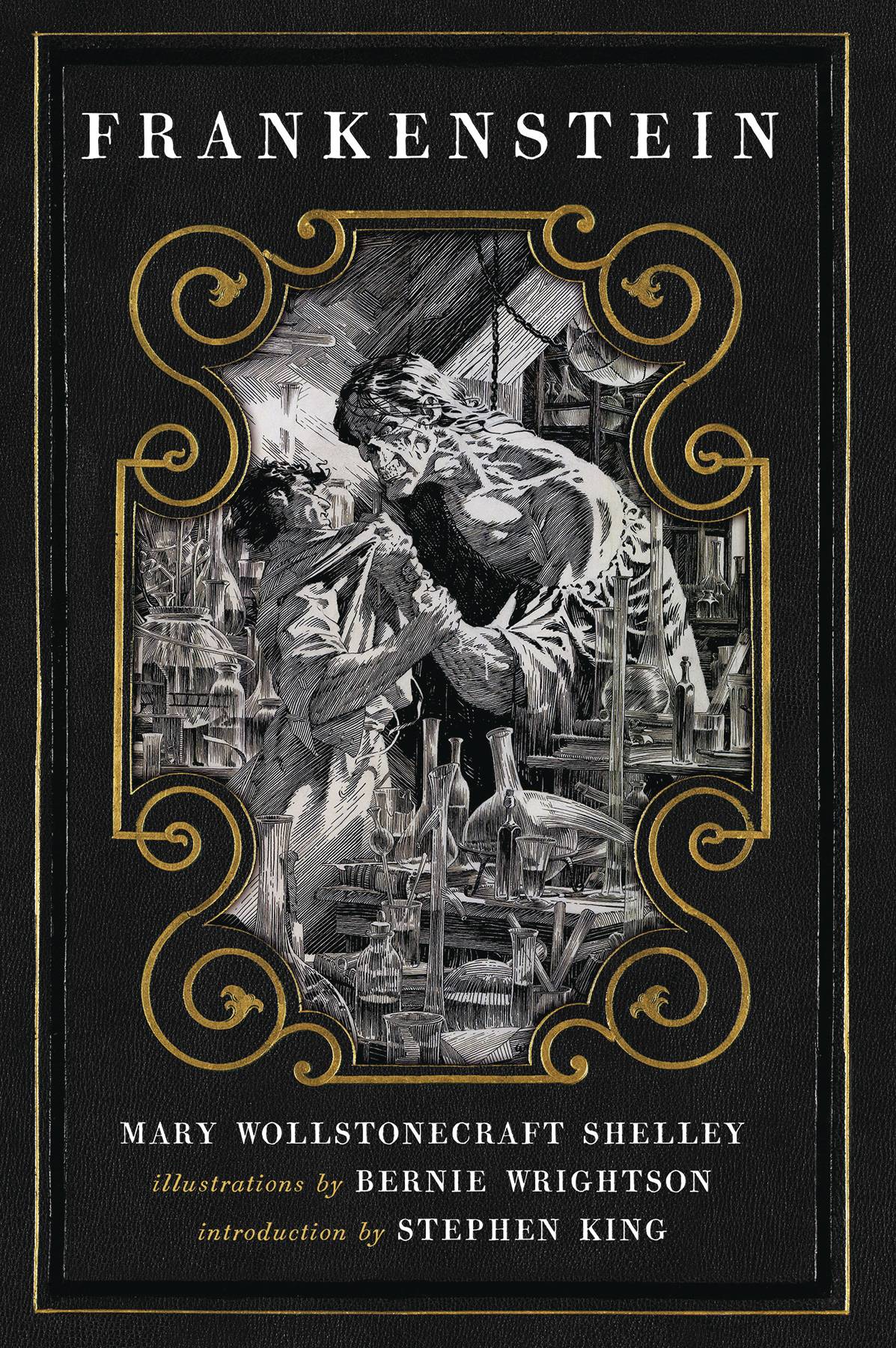 Description: 2021: Mary Shelley's timeless gothic classic accompanied by the art of legendary illustrator Bernie Wrightson live on in this gorgeous illustrated adaptation of Frankenstein-featuring an introduction by Stephen King. Few works by comic book artists have earned the universal acclaim and reverence that Bernie Wrightson's illustrated version of Mary Wollstonecraft Shelley's Frankenstein was met with upon its original release in 1983, which vividly presented the timeless, terrifying tale of one man's obsession to create life-and the monster that became his legacy. A generation later, this magnificent pairing of art and literature is still considered to be one of the greatest achievements made by any artist in the field. This book includes the complete text of the original groundbreaking novel and approximately fifty original full-page illustrations by Bernie Wrightson-created over a period of seven years-that continue to stun the world with their monumental beauty and uniqueness. This edition also contains introductions by #1 New York Times bestselling author Stephen King and author Mary Shelley, as well as supplemental material including a history of the novel, a chronology of Mary Shelley's life and work, and the historical context of Frankenstein for readers.