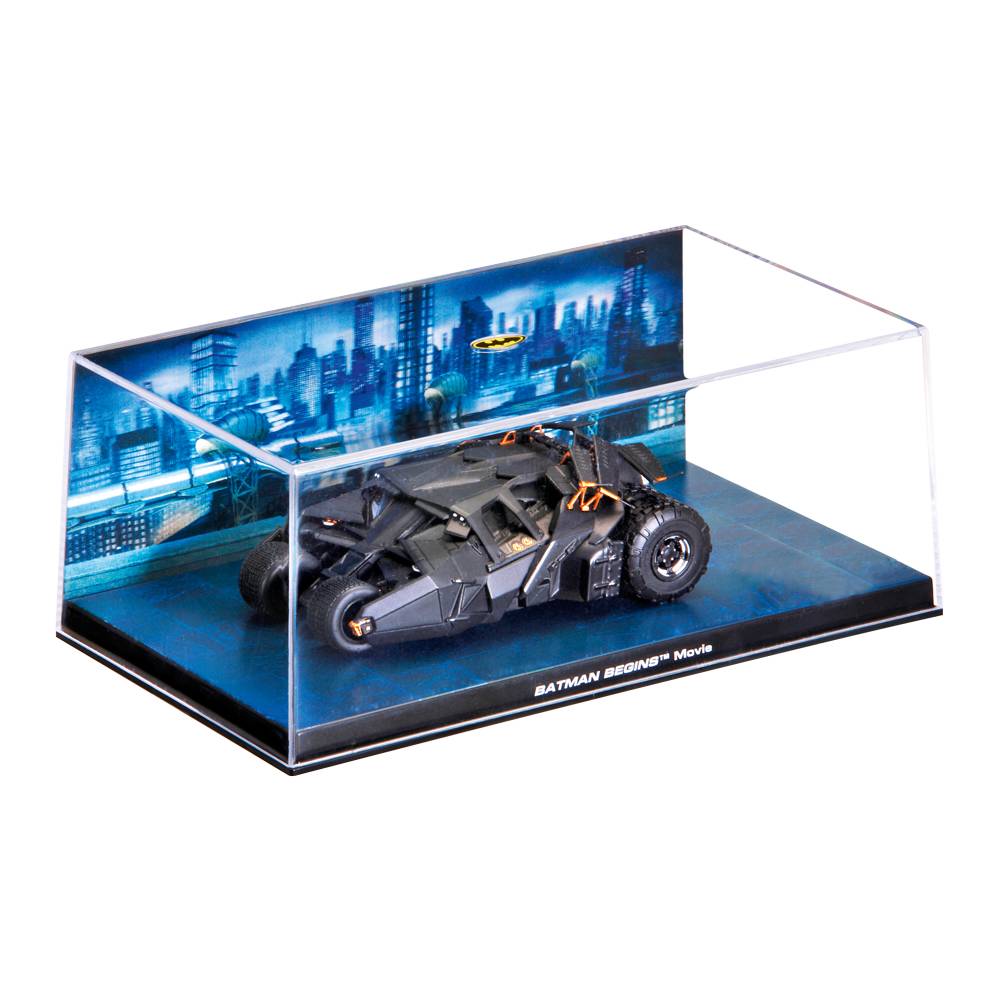 Description: 2021: Darker and grittier than ever before, Batman Begins (2005) introduced a new take on the Batmobile - an armored, off-road military prototype dubbed the 'Tumbler'! This collector's model features a detailed 3D lenticular backdrop of Gotham City's rooftops. Batman Begins returned to the origins of the Dark Knight, following Bruce Wayne as he gained his skills and built his armory - including his Batmobile, a prototype military vehicle sourced from the Applied Sciences Division of Wayne Enterprises. The 'Tumbler' weighed 2.5 tons, but could accelerate from 0-60 in less than 6 seconds. These Batmobile Movie Models bring the Dark Knight's trusty steed to life in immaculate detail, hand-painted at 1:43 scale! Now in collector-friendly packaging, these die-cast models come with detailed backdrops and a magazine packed with info on the Caped Crusdader's most iconic Batmobiles!