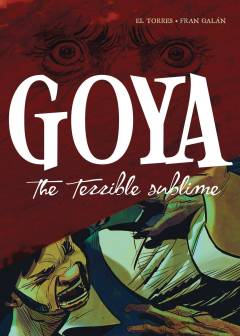 Description: 2019: Francisco de Goya is considered one of the most important Spanish painters of the late eighteenth and early nineteenth centuries, last of the Greats and first of the modernists. But his sumptuous images stemmed from a mind in torment, especially later in his life. Goya: The Terrible Sublime focuses on his final years, as he struggles with assorted physical ailments that threaten to take his mind, as well. Recovering from a serious illness in Cadiz, Spain, which has left him deaf, Goya suffers from terrible headaches, high fevers, and hallucinations, beset by visions of death that will become all too real with the advent of the Spanish War of Independence. Still, the monsters in his delusions are not real, but his friend Asensio Julia is, and he belongs to another world.